At Passiontree Velvet, we have a whole category of cakes called Occasion cakes. Well what are these occasions that people buy cake for? Or what occasions would cake not go amiss? Aside from the fact that cake is amazing and we should eat it all the time, here in this article we will cover 5 of the most common reasons that people buy cakes, I’m leaving out the most obvious reasons like being hungry, and focusing on occasions for cake to be enjoyed with others, as that's the best way for a birthday cake to be enjoyed. 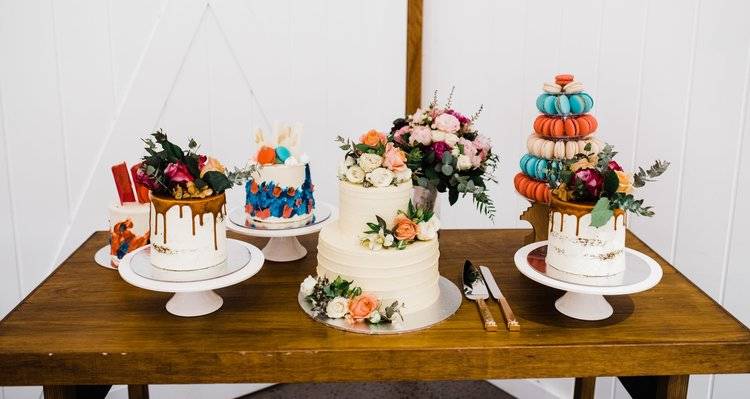 Birthdays are the most traditional and long lasting reason that people buy birthday cakes. Everybody in the world celebrates their birthday and in the western world the tradition is for people to celebrate around a birthday cake, usually with candles that indicated the number of years that correlates with their age, e.g. 18 candles for an 18th birthday. Birthdays are the most commonly known and most commonly referenced reasons to buy a cake in the modern world, we see it in movies and TV all the time as it is so deeply ingrained in our culture.

A wedding of two people has many traditions in the west, for example having a first dance, or speeches from wedding guests. One of those traditions is to have a cutting of the wedding cake, the knife used to cut the cake would be held by both the groom and bride as they make the first cut. They don’t cut the cake for all the guests, the first cut is symbolic then the cake would be taken away for portioning out by the catering company. Wedding cakes are usually tall, with multiple levels, this allows for different levels to have different flavours, this is ideal when trying to cater for many people and gives options when it comes to people's taste, some people would want chocolate cake, some may want vanilla cake. A multi level wedding cake would allow for each level to be a different flavour. Another tradition when it comes to wedding cakes is for the wedded couple to save part of the cake to have on their first year anniversary
For more information on planning your wedding cake, check out our page dedicated to the subject of wedding cakes.

Anniversaries come in many types, there are family, relationship and work anniversaries just to name a few. You may be celebrating a wedding relationship anniversary in which case you’d be eating the cake you saved from a year before (this would be stored in the freezer). You may be celebrating your 1 year in work and want to bring in cake for your colleagues to enjoy and reflect on the year. If this is the case it is recommended to choose a flavour that is universal and is likely that most people would enjoy, like chocolate flavour, vanilla flavour or strawberry flavour.
Another anniversary that you may be celebrating is a family anniversary that is not quite a birthday, for example in Korean culture a baby's 100th day would be celebrated, with rice cakes and banquets, many people would be invited and it would be a momentous occasion.

When a mother is expecting a new baby, it is tradition to hold a party called a ‘baby shower’ typically 4 to 6 weeks before the baby is due, typically the baby shower is organised by a close friend, a sister or a grandma of one of the expecting parents, the hostess of the party is also the one who usually pays for the party. Traditionally only the females of the family and female friends of the parents would attend the party but it has become more and more common for males to be involved too. At these parties, as with most parties, it is traditional to have a cake that everybody can gather around at some point to give speeches and to announce news regarding the baby. It is also a popular option to have a cake themed in the colour of the sex of the baby, for example blue for boy and pink for girl. Our most popular baby shower cake is the Stardust cake, which is pink, but we can also make it blue on request.

An example of a milestone that you may wish to celebrate with cake is perhaps a project you have been working on has been completed, or has reached a momentous step, like building a ship, when the ship is launched, you may wish to celebrate with friends and work colleagues with a cake, as cake is something that can be used to bring people together to enjoy something that is not something regularly enjoyed by people in their day to day meals. Cake triggers an emotion to enjoy anything that is to be celebrated.